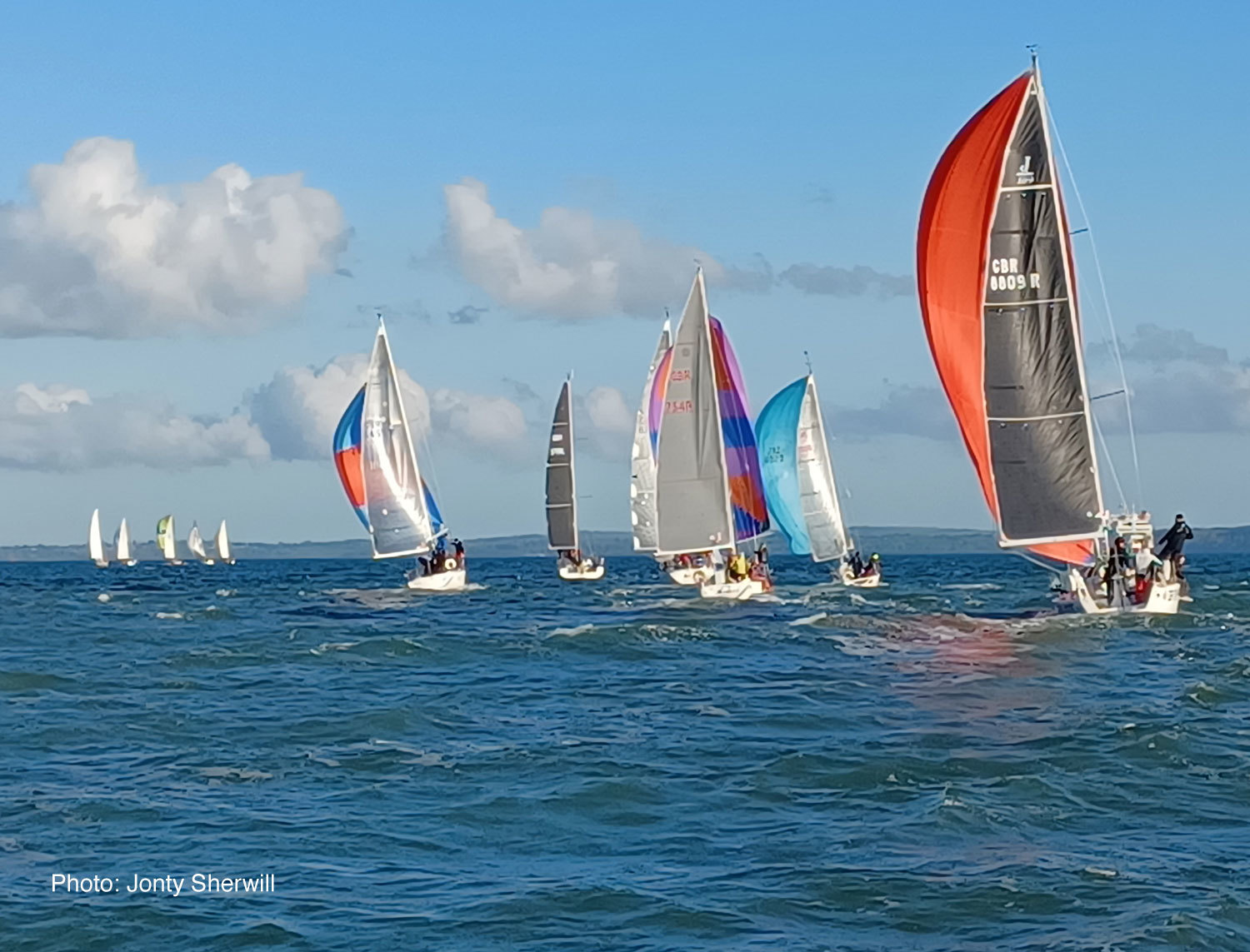 With 30 knots blowing in the Solent at mid-afternoon only those with supreme faith in the met office believed that racing would be happening, but right on cue at 17:00 the sun came out, the breeze dropped to 15-20 knots at Bramblemet, and chatter on WhatsApp calmed down too. By 1830 the breeze was at 305 degrees but the initial long downwind legs for each class allowed time for it to settle to the forecast 280-285 for which the courses were set, XODs and Class 3 to Darling Buoy, Class 2 to Royal Southern, each via Fumesy, and Class 1 to Hamble Yacht Services via Paul Heys.

Against the flood tide the eight XODs next had a 1.1 mile beat back up to Fumesy before another square run to Darling Buoy and then upwind to Hamble Point 2.1 miles away with free rein to find the best route, Richie Faulkner's Swallow completing the 6.14 mile course 1.75 minutes ahead of Peter Baines's Felix and Mos Fitzgerald's Kathleen helmed by Eliot Motherwell close behind.

With only one boat starting in Class 3, Chris Waddington's UFO27 Close Encounter was sure of a win, so attention turned to the six-strong Class 2 on their 6.05 mile course (4C,4S,4L,4Q,4J,72) with Rear Commodore Aiden Barr's Cheeky Monkey upsetting the form book with a convincing win from Rich Thoroughgood's Mist and Rob Mcgregor's Dark Horse and was also first boat home of the evening. A very moist Barney Smith in Imptish took fourth place, having fallen out of his dinghy.

With all boats finished by 20:35 and meat pies on offer back at the club, RIB driver Cameron Yates had everyone ashore well before dark. Race Team: Jonty Sherwill, Vicki Weston, Nicky Gardner and Simon Dewhirst.