Having cancelled racing last week, when there was way too much wind for a Wednesday night sail, the intrepid Race Team, bolstered by the time keeping prowess of Nicky Gardner, proceeded to the vicinity of Bald Head for this Wednesday's outing. With beautiful sunshine and light breeze from the South West, RO Mike Dellar pulled some pre-prepared courses out of his back pack. Whilst Mike was discussing the benefits of using Mark (71) as the windward mark for all classes in a south westerly with John Ramseyer; Gardner and Pountain overheard Southampton VTS giving out traffic news for the early evening. A quick call on Channel 12 confirmed that there would be four large movements led by the cruise liner Aurora from 18.30. The well laid plan to use Mark was quickly binned as it would require crossing the main channel with some rather large opposition in the way.

Instead, a reaching start to the Solent was decided upon, followed by some upwind and downwind work before bringing all classes back to Hamble Point. What could possibly go wrong?

Well, in the combined Class 1&2 Start, quite a lot as it turned out. For some reason, a gaggle of Class 2 yachts were loitering at the pin end. Cheeky Monkey had got there first and applied the brakes, to be joined by Dark horse and Vlad the Impala. With very little time to go, Midnight Cowboy, sailed by the immediate Past Commodore, Steph Merry arrived on a slow broad reach with nowhere to go. A couple of resounding bumps were quite audible on the CV Obsession. 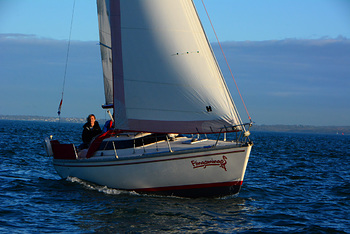 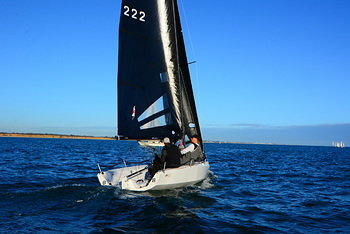 In the XOD Class there was once again a battle for first place between Little X, Gary Rossall and Felix, Peter Baines. "Basher" Baines had even brought Kathy Smalley on board to boost their chances of success. Indeed, the lead changed hands a couple of times, but it was to no avail, as Little X posted her second win of the series. Badger, Ian Wilson, came home third.

Svenja, Michael Stoner, had company in Class 3 this week with Flingamingo, Robert Cartwright out for the first time. This new arrival did not stop Svenja collecting her second bullet of the series by a big margin. 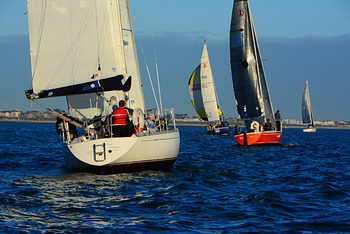 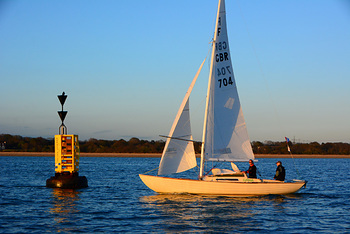 Competitors returned to the HRSC Clubhouse where it was "Pie Night" and very large chunk of pie it was too!