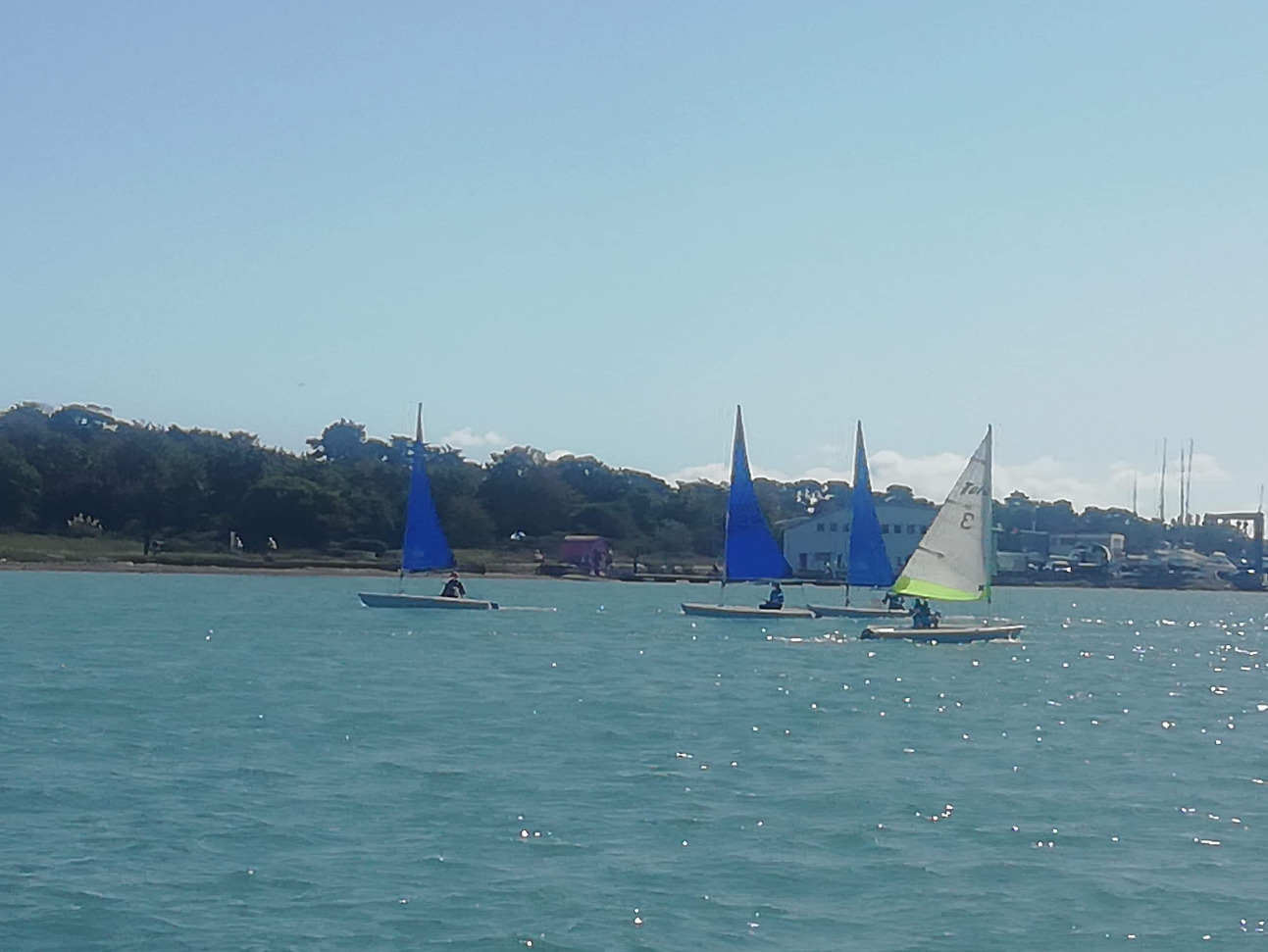 On Saturday the 14th September with the sun shining down, and the wind setting in the Hamble Cadets annual Bob's regatta returned once more to the club for our youth members to decide who would be the winner.

The Baby Bobs race with Kerry Marchbank as race officer, is for our youngest sailors who have only learnt to sail this year competing in the club's oppies off the slipway were set with a course of sailing out to a mark, along a beam reach around the second mark and back to the beach. With some determination, superb first time racing, and a great support team on the beach cheering on the sailors. Thomas Ausin (with some incredible scores) came first, followed by Sienna Evans in second and Cameron Hannaway in third.

The Cousin Bobs Race, with Pete Hughes as Race officer, is for our cadets who have been sailing for some time and feel confident enough to go around a shallow triangle, but may have never raced before.

The cousin bobs race was held in the lagoon opposite the club, with a triangle course set out where the sailors would have to practice their skills of sailing upwind, down wind and across the wind. All while trying not to hit the other boats. Toby Duckworth the youngest sailor of the group who is only 5 managed to win the first race, however then retired for the second and third race. James Robinson in the club tera managed to push his way into first in the second race with Oliver Huges only seconds behind him. In the third and final race the Oliver Hughes managed to secure his first win 2 minutes in front of the rest of the fleet.

After some amazing racing done by all and in much need of pizza and chips the winner of Cousin bobs was Oliver Hughes in his oppie, Followed by James Robinson in a club Tera and in third was Harvey Marchbank in a club Oppie.

The Uncle Bob's race, with Alice Ryan and Sam Spencer as race officer's was competed in by 13 of our most experienced cadets who have done lots of sailing and racing. This included two of the clubs Assistant instructors; Andrew McFarlane and Bronia Gorden-Puller. Uncle Bob's race was competed in Club Picos, Club Tera's and an Oppie. The results were scored using the PY increasing the competition knowing that what happened on the water wasn't necessary the final outcome.

The course was set as a windward, leeward triangle with a spreader mark followed by a windward, leeward sausage. With 2 Picos being recalled for being over the start line, the rest were off with Finn Kelly having an amazing start and leading the fleet around the windward mark, he was gradually overtaken by the pico's on the downwind leg. With the first race underway there was some serious competition between Andrew McFarlane and Ben Proctor, with Andrew winning the first race. As the second race started Elsa Kelly had a great start being closely followed by the other Picos alongside Robert Proctor and Finn Kelly In Tera's. With the Tera's keeping up with the Picos on the water it meant the competition was on, especially for some sibling rivalry as Robert proctor finished 6th on the water but under the PY finished in 3rd beating brother Andrew Proctor. The second race was won by Andrew McFarlane with Ben Proctor only a second behind him over the finish line.

As Race 3 Started the wind picked up.With Andrew McFarlane, Ben Proctor and Andrew Proctor taking the lead. Whilst in the middle of the fleet James Brooks and Finn Kelly where fighting it out on the downwind leg, Finn Kelly capsized as he Gybed round the mark causing James Brooks to take their lead. The third race was won by Andrew McFarlane followed by Andrew Proctor, just getting ahead of his brother.

The final race saw the tera's take a big lead in the start of this race, but by the first mark the Pico's had caught up. Andrew McFarlane won the Fourth Race.

With all the sailors having finished racing and now back in the club having pizza and chips the final results were calculated, with all sailors having one discard. The winner of Uncle bobs 2019 is Andrew McFarlane in a Pico, with Ben Proctor in an Pico receiving second place, and Sam Peattie in his Oppie in third Place

A Big well done to all our Cadets who went out to race in the Bob's Regatta you all sailed amazingly! And an extra big thank you to all the parents helping on and off the water to make this happen. 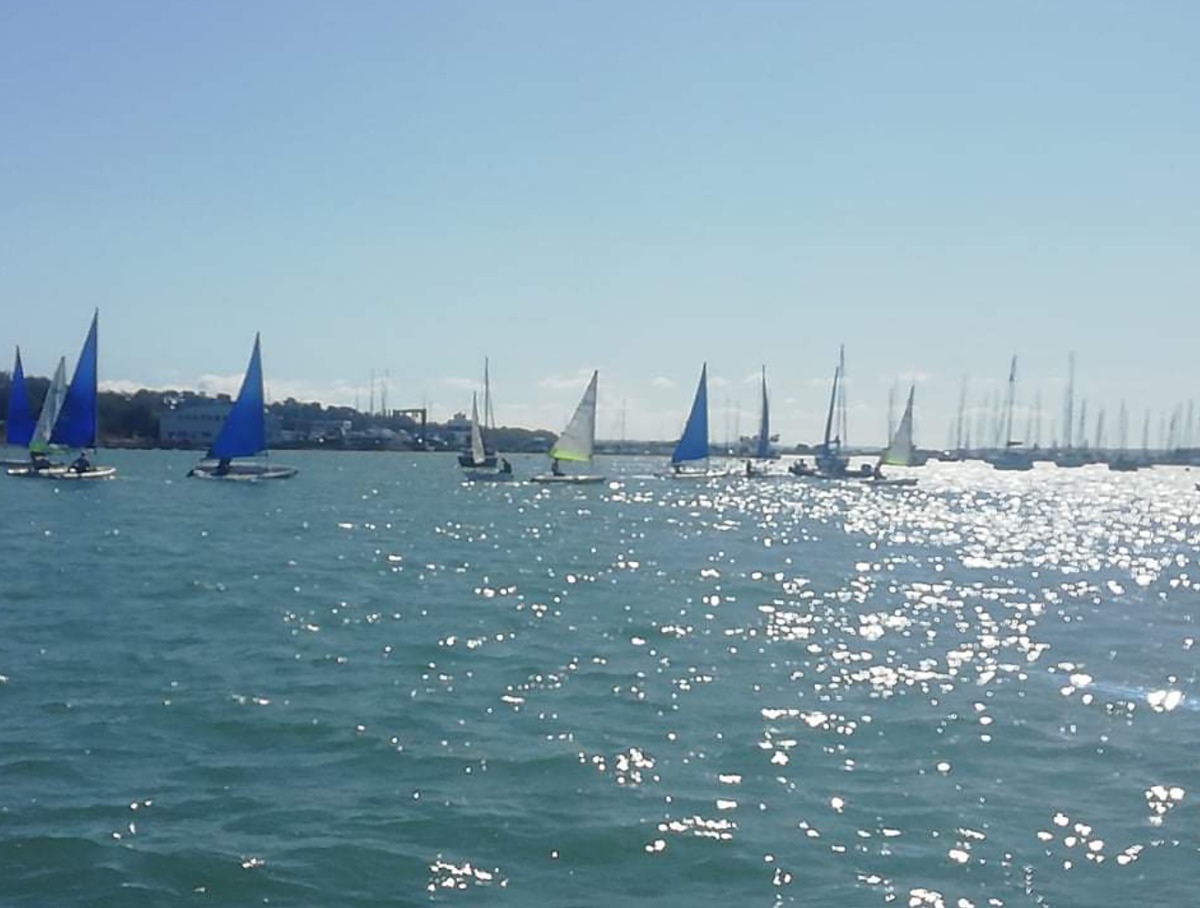