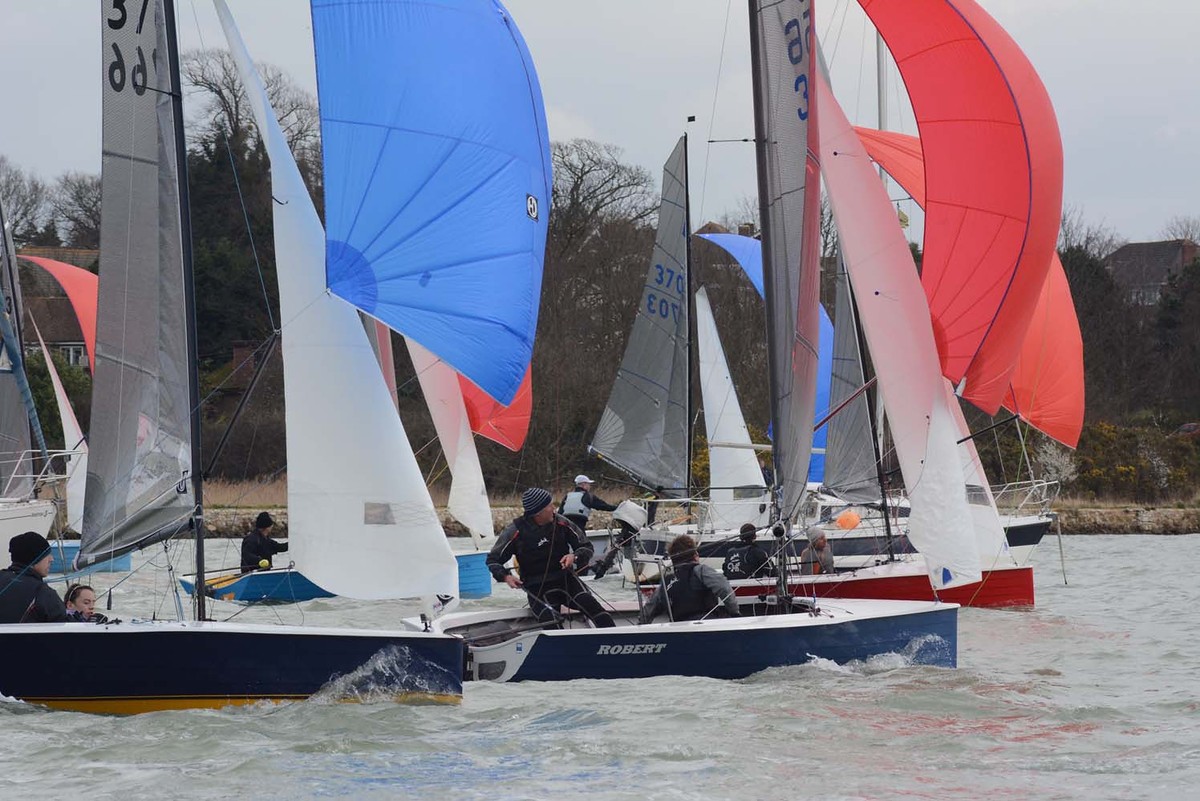 The 54th Annual Warming Pan, organised by HRSC and sponsored by McCarthy & Stone, will take place on 12th-13th March this year.

This is the one open dinghy event still allowed to take place on the Hamble River, and the sight of 50 -60 dinghy's starting off the club line and racing between the Chinese Bridge and Hamble Point Buoy, makes for a great spectacle as they negotiate both the race course and one or two moored boats.

This year's event is set to welcome entries from the Merlin, Firefly as well as HRSC's own Foxer and Feva classes. Two days of great racing and a warm welcome ashore is anticipated at this ever-popular event.

McCarthy & Stone is the UK's leading retirement house builder of privately owned property and many of the Merlin Rocket skippers and crew who have attended the event for many of the previous 53 years will surely qualify to take a brochure away with them!

The Warming Pan is the first Silver Tiller event of the Merlin's season and a good turnout is pretty much assured for the two days. "Red Misters", Sam Pascoe and Alex Adams are the current holders of the Pan.

The Firefly Class, last year won by Lucy Boreham and Rachel Crebbin in "Willows", is also back again this year, and club Vice Commodore Barney Smith will be dusting off his boat as will past Commodore Peter Slimming, Rear Commodore Sailing Olly Love and Sailing Committee member Sam Flint.

Over the last couple of years the Club has welcomed to the event fleets that now sail regularly on the river. So, the ubiquitous Foxer's with their red black and white sails and a sprinkling of World and European Champions will be performing again in the Warsash Pool on the other side of the river. The Foxer's will sail two extra races, but are not expected to race outside the river as they don't like to venture too far from the club bar.

New this year will be the Feva Class which is the weapon of choice for the youngsters who sail at HRSC, Warsash SC and the Royal Southern YC. Another newcomer to the Warming Pan is the Solo Fleet which is having resurgence around the local sailing clubs. Nick Bonner from Doyle Sails is busy persuading the owners to remove their covers in March.

HRSC Commodore, Trevor Pountain, commented "We are looking forward to the 2016 Warming Pan and are pleased that McCarthy & Stone have come on board as sponsor of this year's event. The weather looks set fair for another great event."

Kim Caldwell, the Sales and Marketing Director for McCarthy & Stone Southern, was equally enthusiastic, "Here at McCarthy & Stone we are delighted to be involved in such a long standing and important event on the Hamble River, and we are looking forward to meeting the sailors over the weekend." 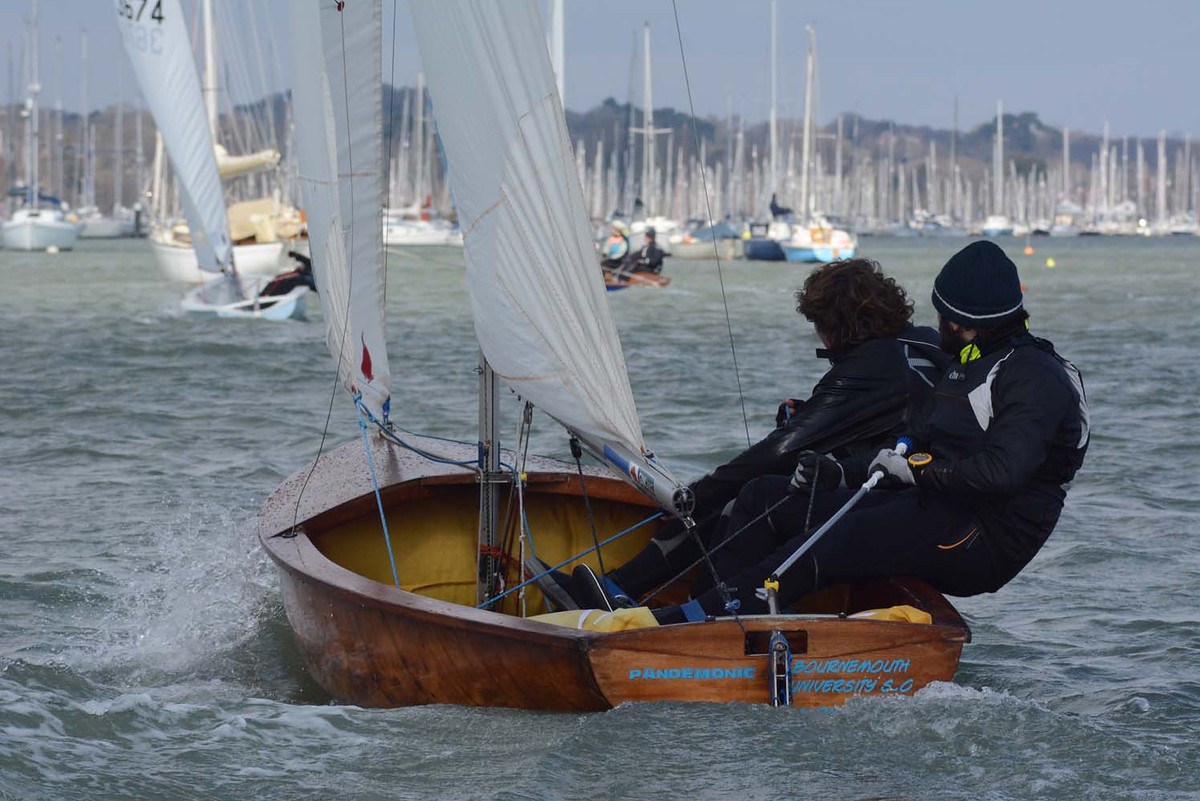 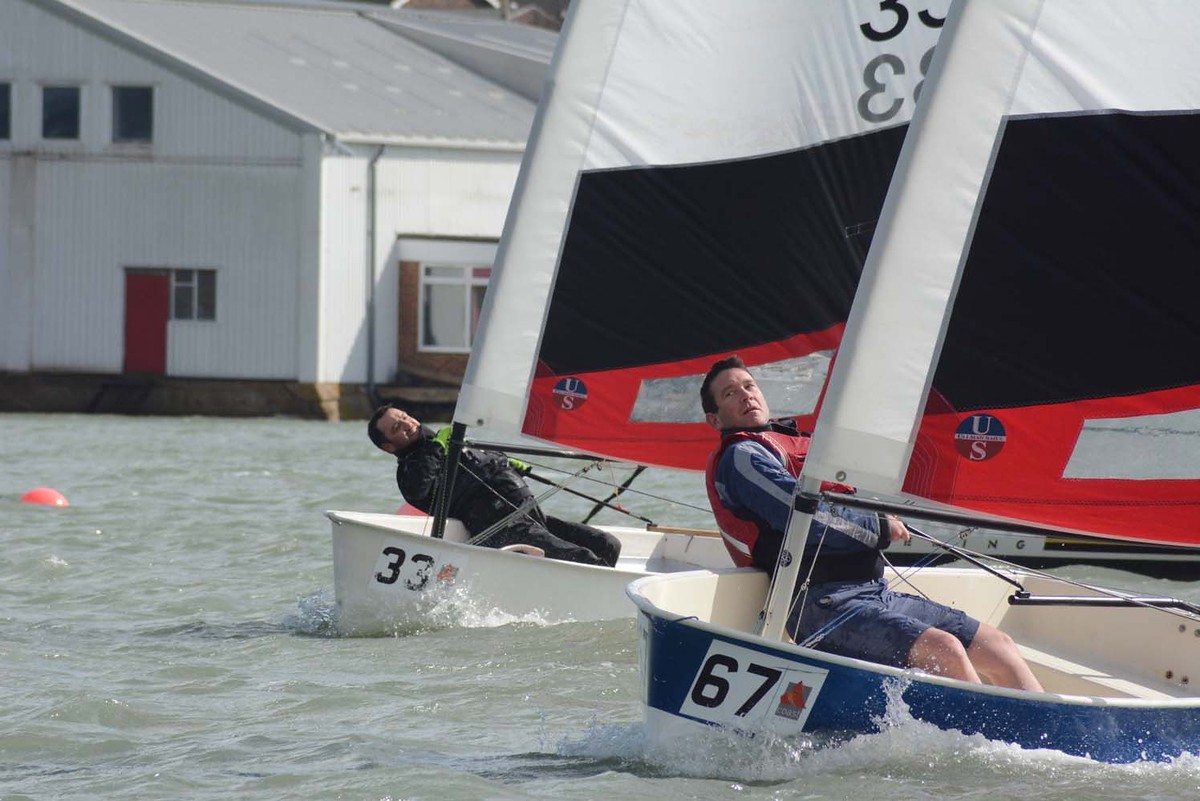 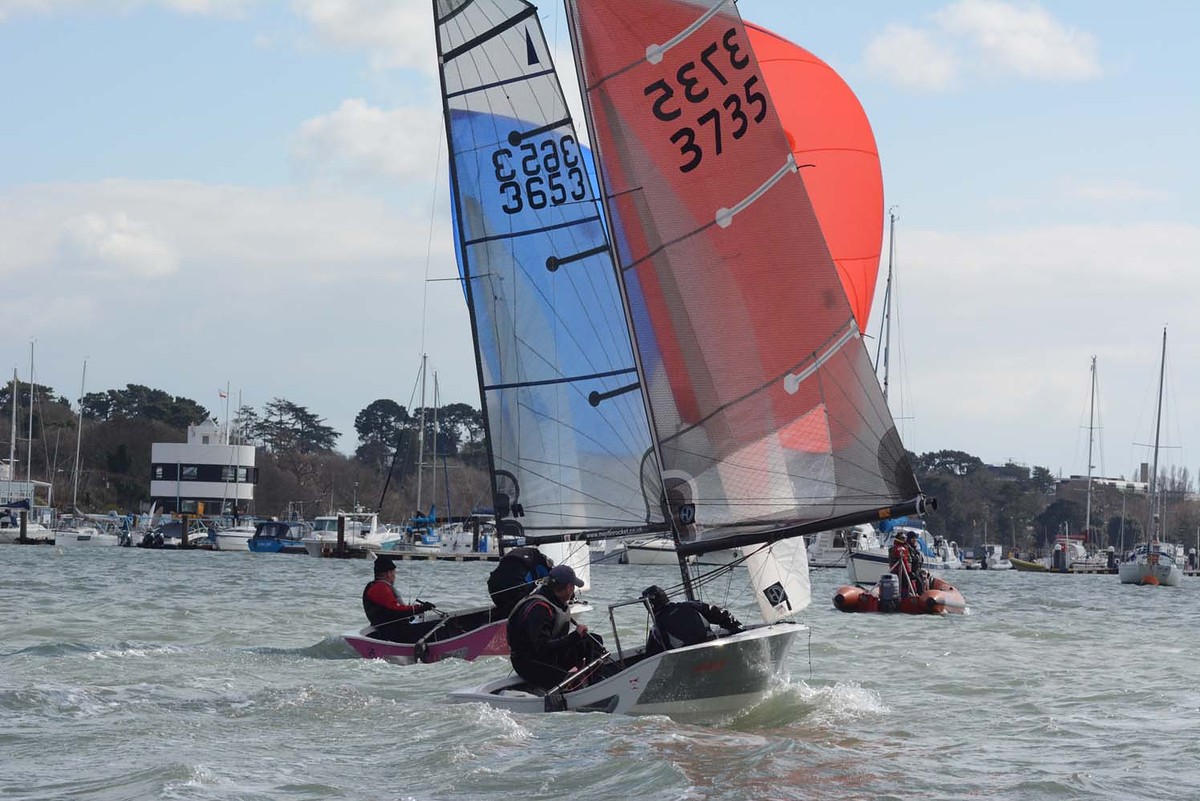