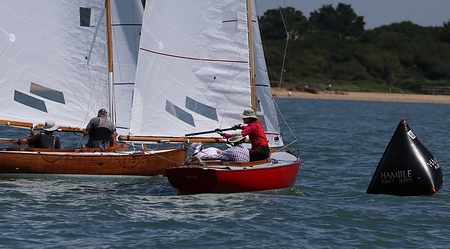 Room at the Mark

On day one the sun shone brightly, which is great, but there wasn't much wind, which is not so good, so a postponement was the order of the day on Saturday. Top marks for Beatrix X178 (John Claxon) from Cowes, who was first to the start area. But the wind did fill in with a steady-ish southerly, and three good races were completed in the afternoon. The Hamble contingent was on the pace with Felix X192 (Peter Baines) leading at the end of the day with two firsts and a third. Iona X59 (Andrew Bates) took the other first having played the tide perfectly. Mersa X34 (Eric Williams) from Lymington and Athena X51 (David McGregor) from Itchenor were close on their heels. 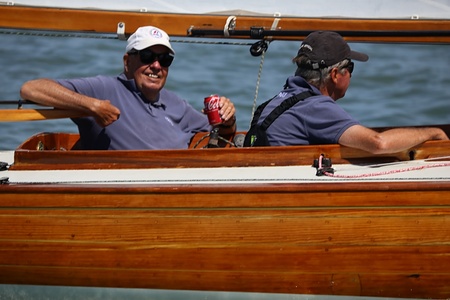 With more wind forecast for Sunday Athena X51 (David McGregor) picked up a couple of heavy-weights to beef up his crew, whilst everyone else enjoyed the BBQ at the RAFYC in the sun with XOD and Folkboat crews exchanging notes. Day two dawned with a fresh south easterly and beautiful sunshine absolute champagne sailing conditions. Two windward leeward races followed by a round the cans race were planned. Felix X192 again led the fleet on the first race but a navigational error towards the end of the race and then breakages in race two meant that Felix X192 (Peter Baines) slipped off the podium. With three wins Athena X51 (David McGregor) won the event, with Mersa X34 (Eric Williams) second and Little X X128 (Gary Rossall) third. 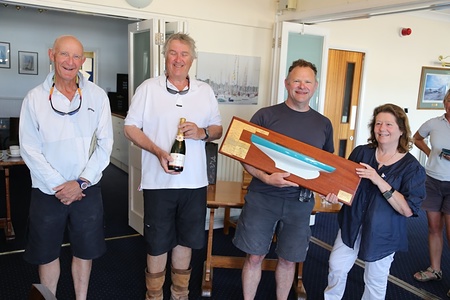 The new XOD Champion David McGregor visiting from Itchenor said, "Thanks for organising such a great weekend's sailing. As always, Hamble produces great sailing conditions, and wonderful race management. Sorry I was a bit eager on the start line! The collaboration between the RAFYC and HRSC worked perfectly and should be encouraged. To cap it all, everyone is so friendly".

Folkboat Champion James Walters said "It was a good effort from the Lymington and Itchenor boys and girls. It is tough when one has a strong fleet on one doorstep one has to ask why bother travelling. However the central Solent has to be a more exciting piece of water to sail on with the different tides and challenges. Hopefully we can help each other with these race weekends as we can easily race on the same course." 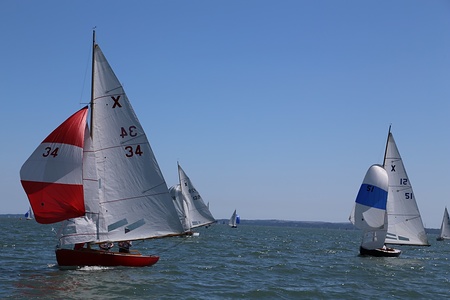