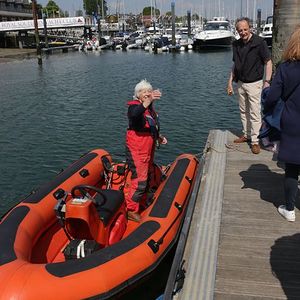 Retiring Commodore Stephanie Merry has been honoured at the official naming of Hamble River Sailing Club's new RIB, named as 'Rollerskate' after her much-loved Three-Quarter Tonner yacht that for many years she sailed with success and for pleasure. At the naming party on Hamble public jetty on Sunday April 24th past and present flag officers, and personal friends, gathered to raise a glass and hear Steph describe the history of this Rob Humphreys designed racer and how proud she is to see the new RIB named to remember her yacht. A pioneer for women's sailing Steph's immense contribution to HRSC over two continuous terms as Commodore has been based on her deep knowledge of sailing and racing with many years of experience including a two-handed trans-Atlantic crossing that featured in the Guinness Book of Records. During the four-year period with Steph as Commodore the Club continued to thrive through the pandemic and now with an expansion of membership, junior sailing and training, and more events hosted. The Club's future looks bright as Steph hands over the reins to the club's fifth female Commodore, Serena Alexander. 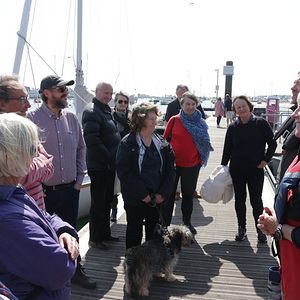 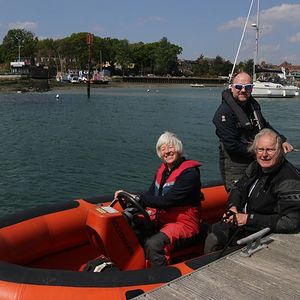 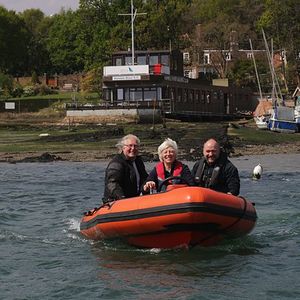 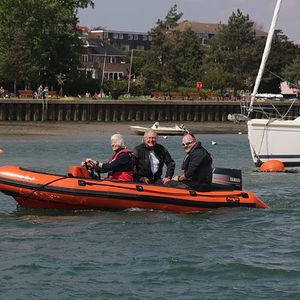