At last a Wednesday in April dawned with blue skies and bright sunshine! However, things quickly went downhill, as the fog began to roll in by mid-morning. In fact, when your correspondent was at his favourite chandler in Gosport, he could barely find his way to the anti-fouling.

Owing to the quarter-final second leg of a certain European football competition, Jamie Wilkinson was brought out of retirement to bolster the ranks on the committee boat; and at 1710 Obsession duly left the river, "to go and have a look". Hamble Point buoy eventually appeared; and quickly disappeared as all eyes were peeled for Bald Head. It was a bleak prospect, as neither Hamble Point nor Coronation was visible in the gloom. Just as November and Alpha were being bent on to a pole, things began to brighten; and the aforementioned Hamble Point and Coronation semi-appeared. At this point the committee agreed to try to keep competitors in view, rather than risk losing someone if conditions deteriorated. As promised in previous weeks, this gave competitors practice at beating and running between Coronation and Hamble Point/Fawley Deep.

5 brave XOD's managed to negotiate their way to the start line; and in Class 3, Mike James in Forethought must have felt positively claustrophobic as he was joined by Adrian Hull in Starfall making their first appearance of the season, and debutant Rich Thoroughgood who had eventually managed to break his Westerly Centaur Sans Souci free from its mud berth.

6 Class 2 boats were joined by the 3 usual suspects from Class 1.

The south easterly breeze gave a half decent beat down to Coronation, followed by a long run down-tide to either Hamble Point (XOD and Class 3) or Fawley Deep (Classes 1 & 2) – unfortunately not everyone chose their leeward marks wisely. A beat back to Coronation and a steady run, in the falling breeze, back to Hamble Point; and all were back in the river by sunset.

In XOD, after a 3rd, then a second in previous weeks, Simon Russell (Swallow) managed a bullet, followed by Gary Rossall (Little X) and John Butt (It).

Despite the company Mike James (Forethought) prevailed in Class 3; followed by Adrian Hull (Starfall) and Rich Thoroughgood (Sans Souci), who seemed to have brought too much of her berth with her to make much of an impression.

Despite crossing the finish line 2nd on the water, Vlad did not win class 2; this honour went to Aiden Barr in Cheeky Monkey, who was followed home by Scott, Akhurst and Palmer in Uproar, and the Ellistons in Mist.

First home in Class1 was Steph Merry in Midnight Cowboy, but not by enough to save her time on Bertrand and Sophie in M'Enfin?! Third was Joe Banks in Nightjar.

Next week sees the conclusion of the Early Bird Series; and to quote a well-used footballing phrase - it's all to play for – which is more than can be said for both football teams from Manchester. 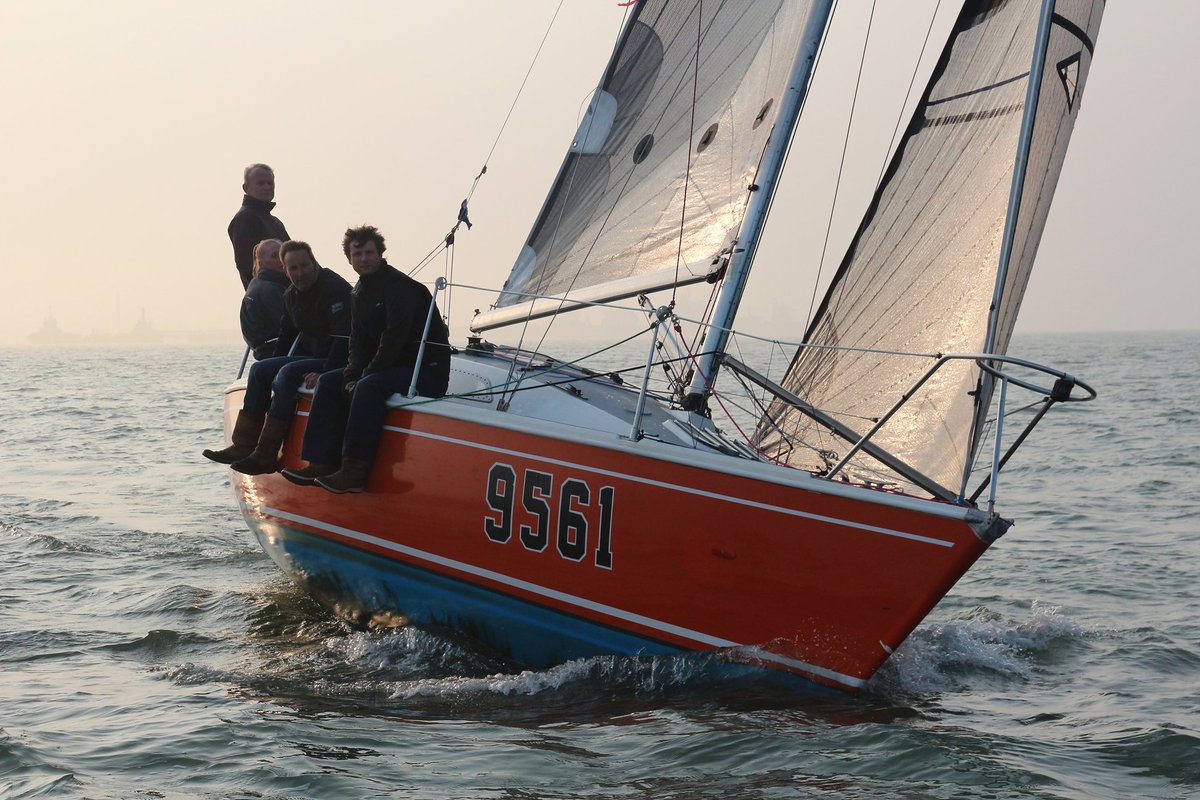