Home / News / Presentation: "The Soldier who came back" by Steve Foster

Home / News / Presentation: "The Soldier who came back" by Steve Foster

Presentation: "The Soldier who came back" by Steve Foster 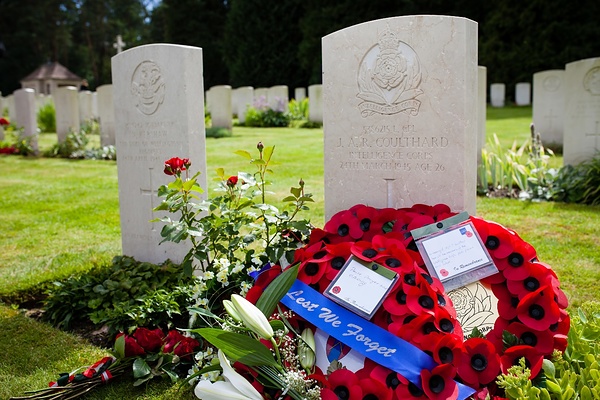 Again there was a congenial atmosphere in the Club House on the evening of Thursday 20th January, as members gathered to hear the second part of Steve Foster's presentation. Steve told the story of how he searched for and found the grave of Anthony Coulthard, who had accompanied Steve's father Fred when they attempted to escape from internment in Northern Poland in 1940. They reached the German - Swiss border. Anthony crossed it safely, but returned to help Fred, who had been stopped by the border guards and then they were both recaptured. Fred survived to the end of the war in a PoW camp but Anthony sadly died during the Nazi death march of 1945 and was buried en route by his comrades. Steve not only found Anthony's grave, but also identified the grave (marked as that of an unknown British soldier) of another victim of the death march.

Many thanks to Trisha who kept the bar open from half an hour before the presentation until people left the Club at around 9.30 pm and to Cat and Liz Saunders who served up a choice of either chicken casserole or chilli, which was cooked and delivered to the Club by Pete and Mary Fry.Grave of Anthony Coulthard at last honoured with a military headstone. 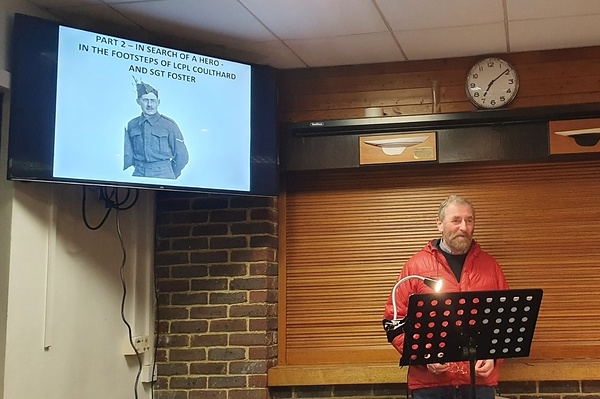 Next Thursday, 27th January, we have something completely different. Called "Discover your Club", this event offers you the opportunity to find out all the things you do not know about the activities at Hamble River Sailing Club! Why not join us to hear from the different sections of the Club and to discover how you can participate?