The Junior and family event of HRSC centenary regatta weekend on Saturday 8th June, saw 16 sailors out on the water in a number of single and double handed boats. With the weather looking rough and cloud looming overhead it was decided racing was to be postponed by an hour. Competitors, their parents and volunteers turned up Saturday afternoon for the pre-race briefing given by PRO Mike Foster and Cadet captain Richard Foulkes.

With the windward, leeward and spreader marks laid opposite Hamble River sailing club in the area known as "Pink Ferry Bay" by the cadets, those who had decided to brave the wind and rain headed out on to the water. After a tricky time getting to the race course and a few boats retiring before racing had even started, the first race was underway. With the wind picking up and the rain eventually stopping some very competitive racing was happening between all three fleet. With all three boats from the Bronze fleet (parent and child) retiring during the racing. It was only the Silver and Gold fleet racers left. 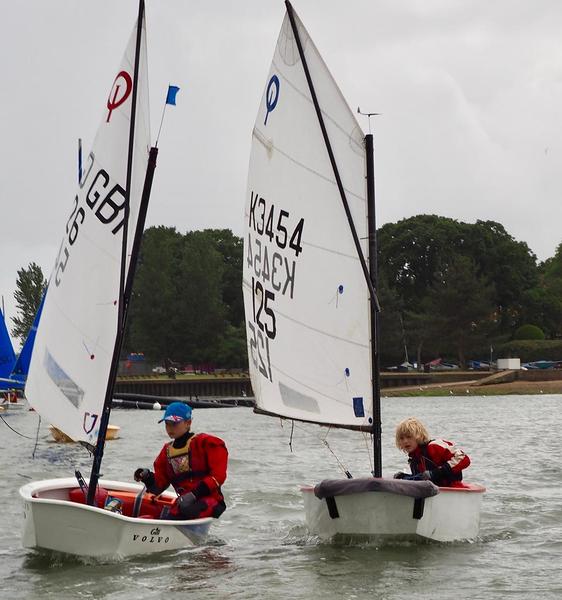 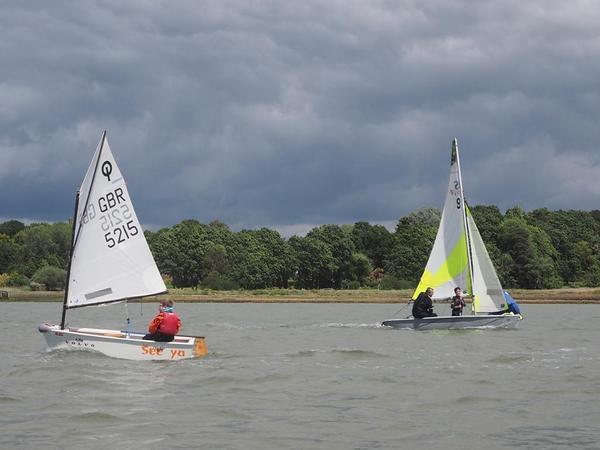 After a couple of tight mark rounding and a fair share of capsizing from all boats, the first race finished and a decision was made by PRO Mike foster to head back ashore.

Back in the clubhouse escaping from the rain pizza and chips where being had by all, and prize giving soon began with prizes being presented by Richard Foulkes and Alice Ryan from Hamble River Sailing Club. 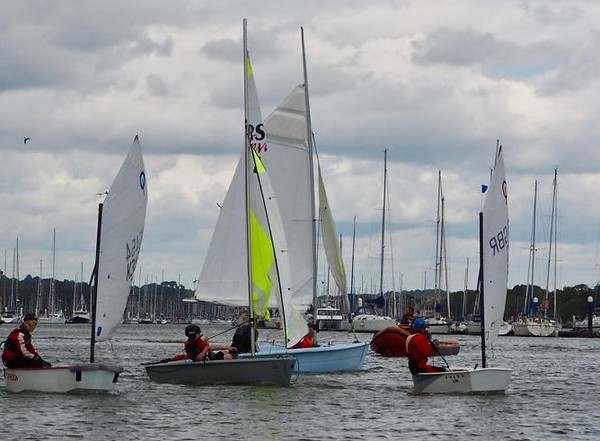 The Silver fleet was won by Ben Proctor in a Pico with Alex Saunders coming in 2nd in his Optimist. Third place was joint winners Andrew Proctor and Robert Proctor both in Pico's

A big well done to all sailors for an amazing and competitive day of racing, in some very challenging wet and windy conditions.