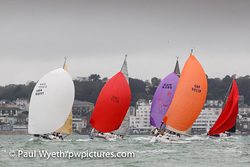 Competitors in the Garmin Hamble Winter Series on Sunday could have been forgiven for thinking that the weather gods would have their revenge for the balmy first half of the 2016 event. After a week's break, the event resumed this weekend, along with an ominous forecast that predicted a building and veering southerly breeze.

And so it was with cautious sail plans that many boats ventured out to the racing area, where the committee boat was on station at Wilson Covers buoy. An eerily black cloud gave the impression that the wind was shortly to increase, but with wind instruments reading only 10 knots at start time, the bolder sailors changed to a full rig before their starts. The wind held off until the later starters were at the top of their first beat, whereupon it began to increase, reaching 22+ knots in some gusts. 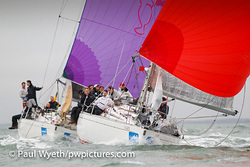 This uncertainty, along with some crafty windshifts, led to upsets in some classes. Cornel Riklin and crew on J/111 Jitterbug had their hitherto perfect score of 1st places in IRC0 spoiled by Chris Body and crew on their J/111 Icarus, who pipped Jitterbug by 29 seconds on corrected time. Third this week was Christopher Daniel's Juno.

Things were equally mixed in IRC 1, where Rupert Morgan's Xinska, on their first outing this series, recorded a convincing win, ahead of Playing Around, Ian McMellin's First 40.7 in second, and overall leader Fast-Tack Puma, sailed by James Wilkie and crew, in third.

In IRC2, Mike Moxley's HOD 35 Malice and Mike Bridges' Elan 37 Elaine have been battling it out throughout the series, and this weekend it was the turn of Elaine to top the fleet, finishing 22 seconds ahead of Malice on corrected time. Robbie and Lis Robinson took third on their First 35, Hot Rats. 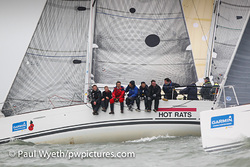 J/92s Upstart has been getting better and better results throughout the series, and continued her recent run of form to take another bullet in IRC3. Sigma 38 Persephone put in a good performance to finish second, crossing the line only 17 seconds ahead of fellow Sigma, With Alacrity, who completed the day's podium.

Persephone and With Alacrity were 1st and 2nd respectively in the Sigma 38 class' extracted results, with Brian Skeet's Marta 3rd on the water.

The J/109s, also racing in IRC 3, were topped by Simon Perry's Jiraffe, who finished ahead of Designstar 2 and Red Arrow top maintain their position atop the class leaderboard overall. 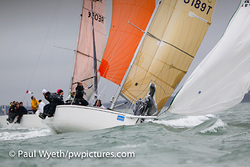 The 8-strong Impala class is racing in IRC4, and was won by Polly, with Oliver Love and Sam Flint in Two Frank second and Barney Smith in Imptish third.

Crews were ashore by early afternoon as the wind began to howl, with most enjoying food and drink at the HRSC clubhouse, where day prizes provided by generous day sponsor Hudson Wight, were distributed to the highest-placed competitors present from each class.

Next Sunday sees the series continue, with One Sails providing day prizes. Should the current crop of Autumn gales blow themselves out in the meantime, we should enjoy some good sailing conditions! 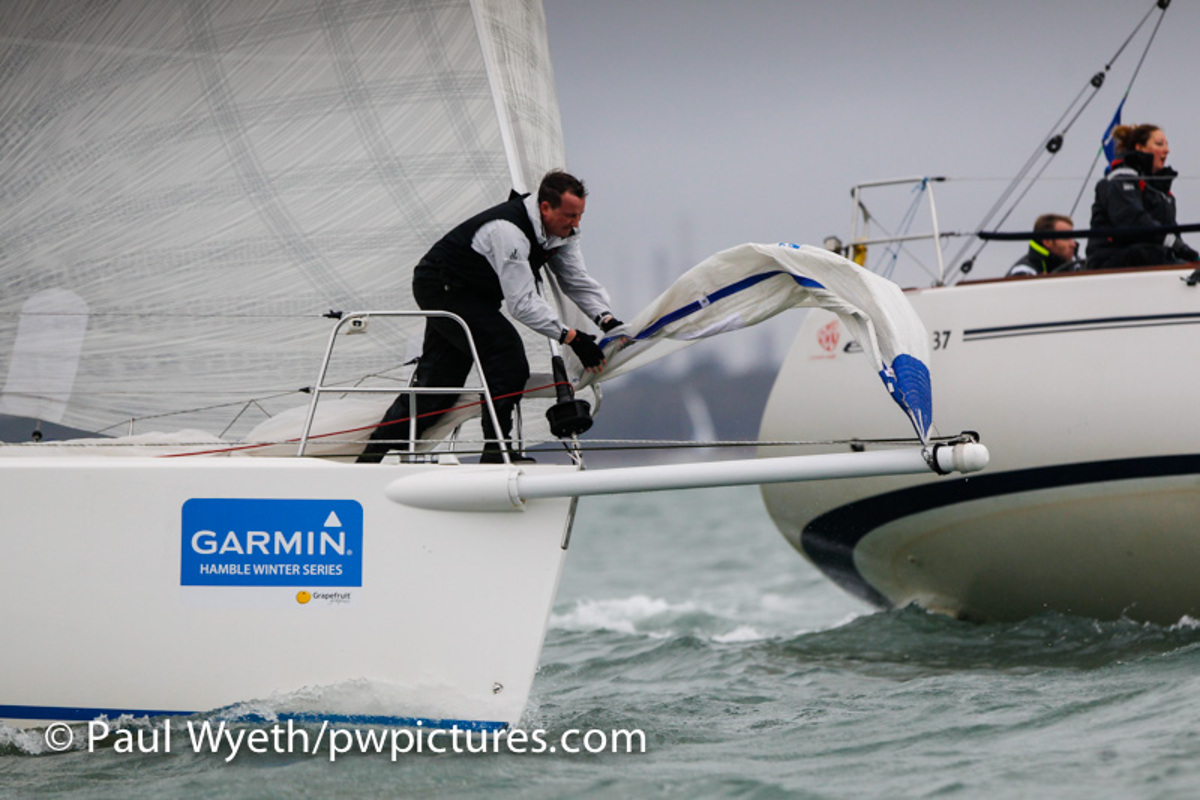 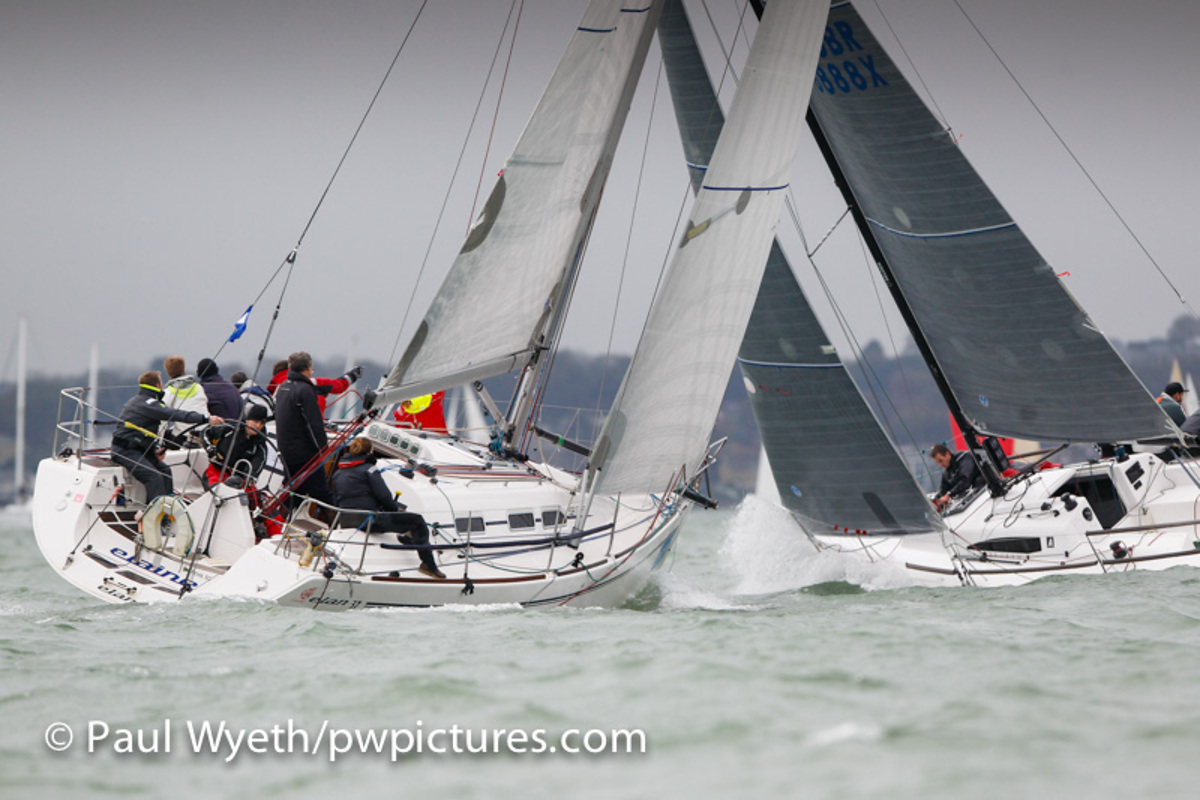 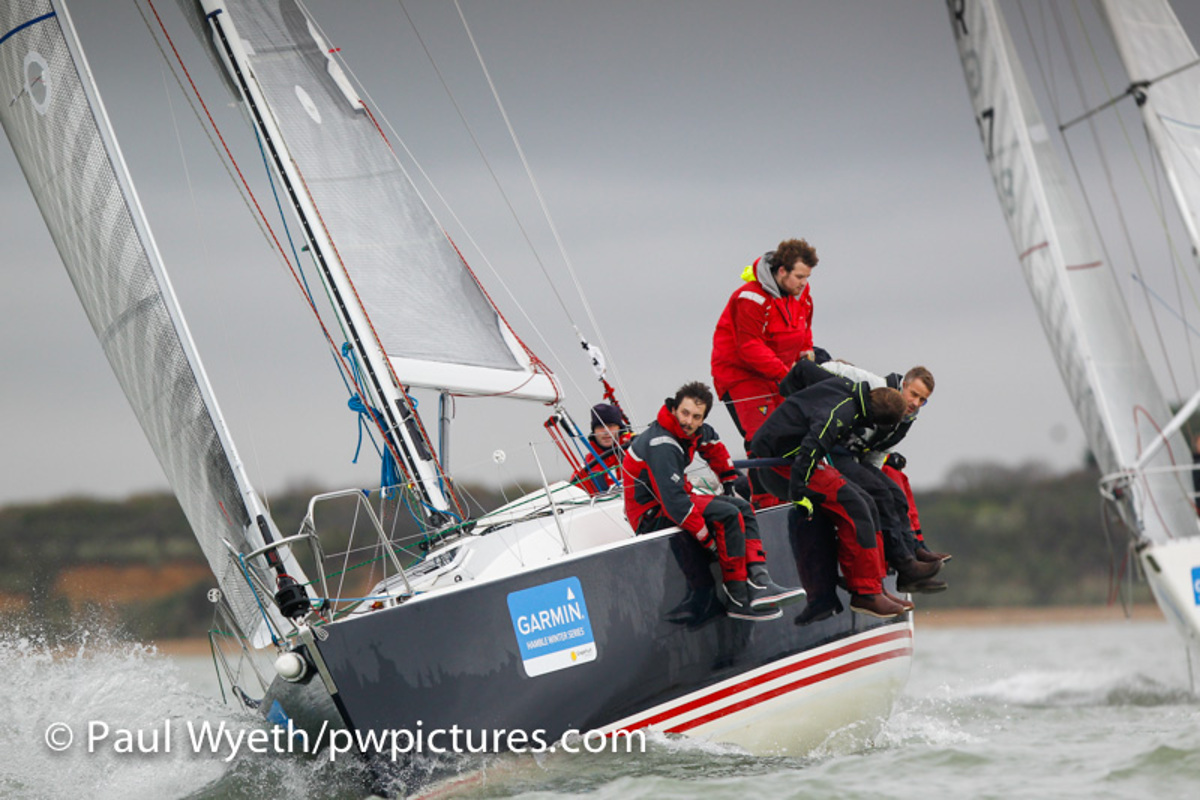 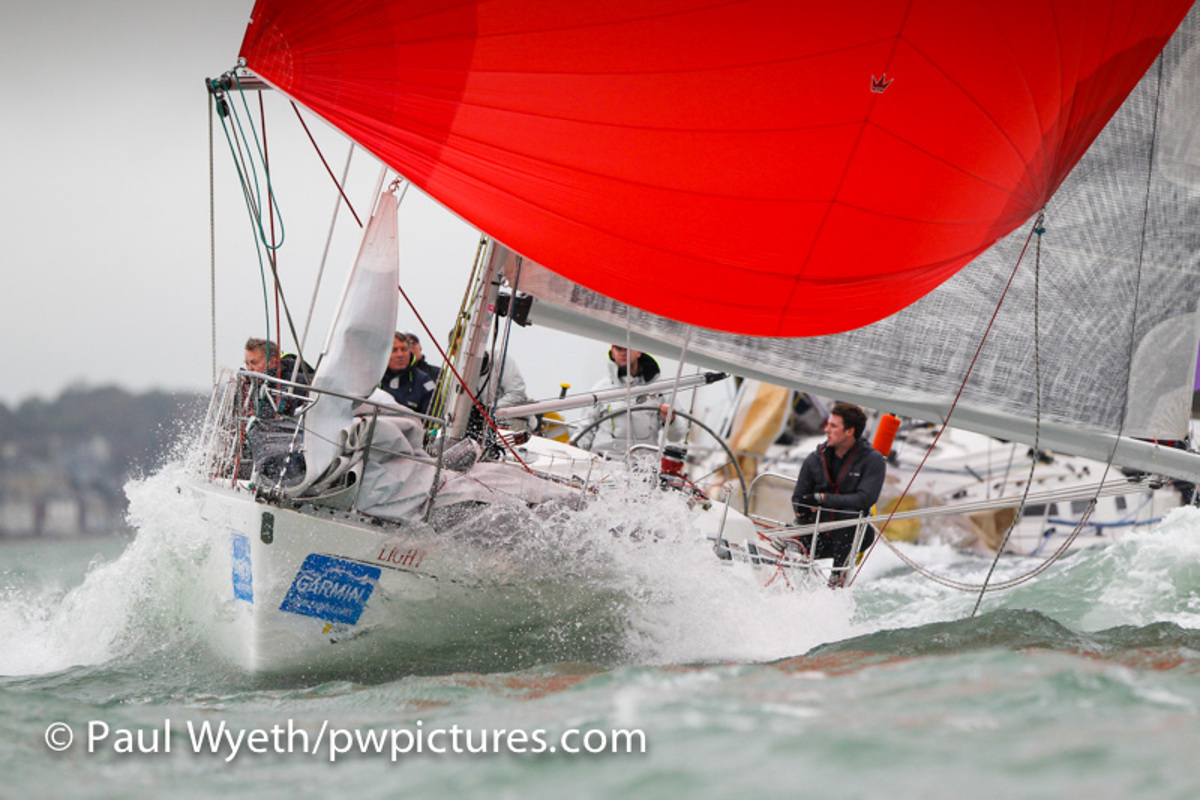 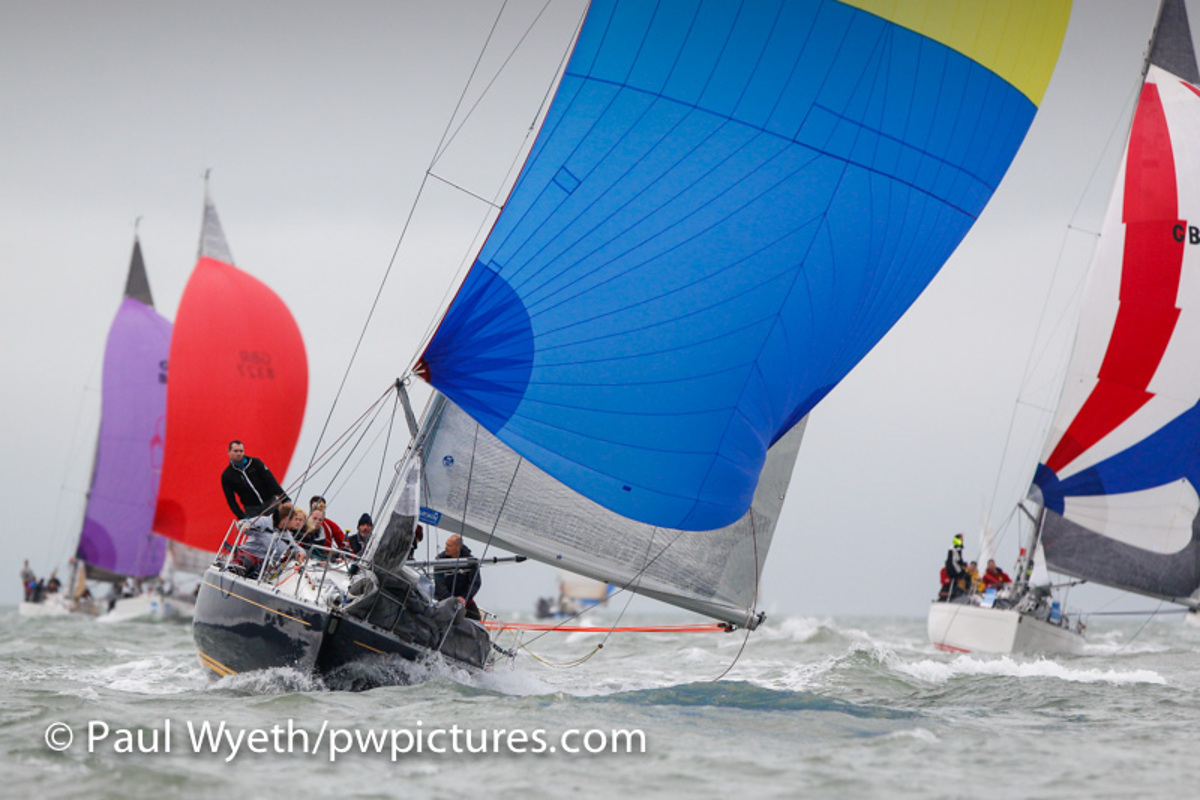 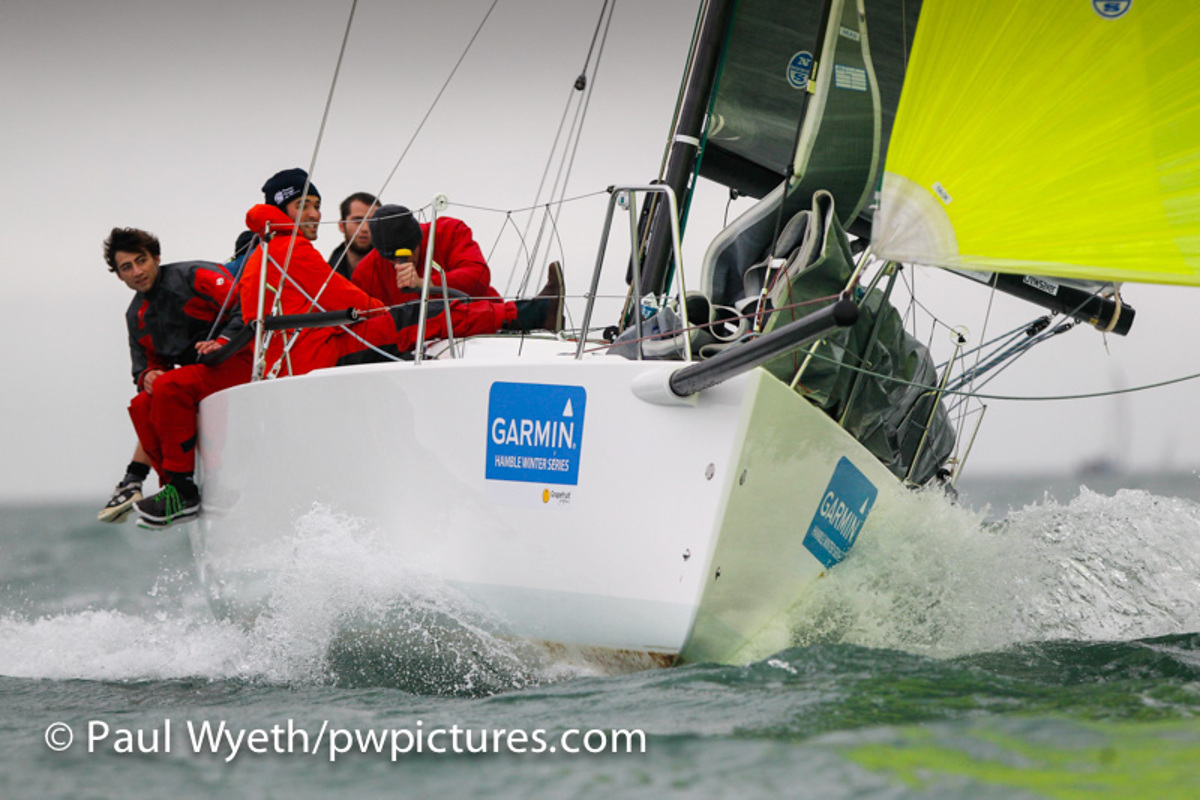 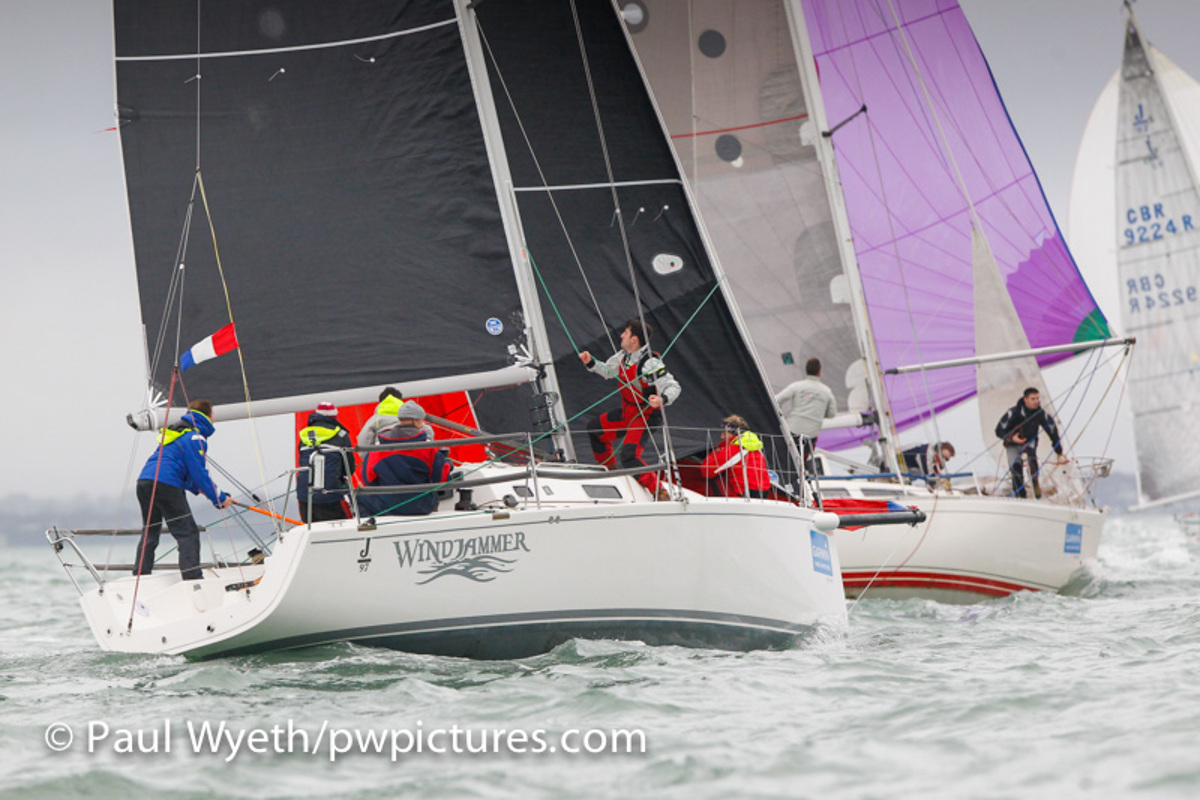 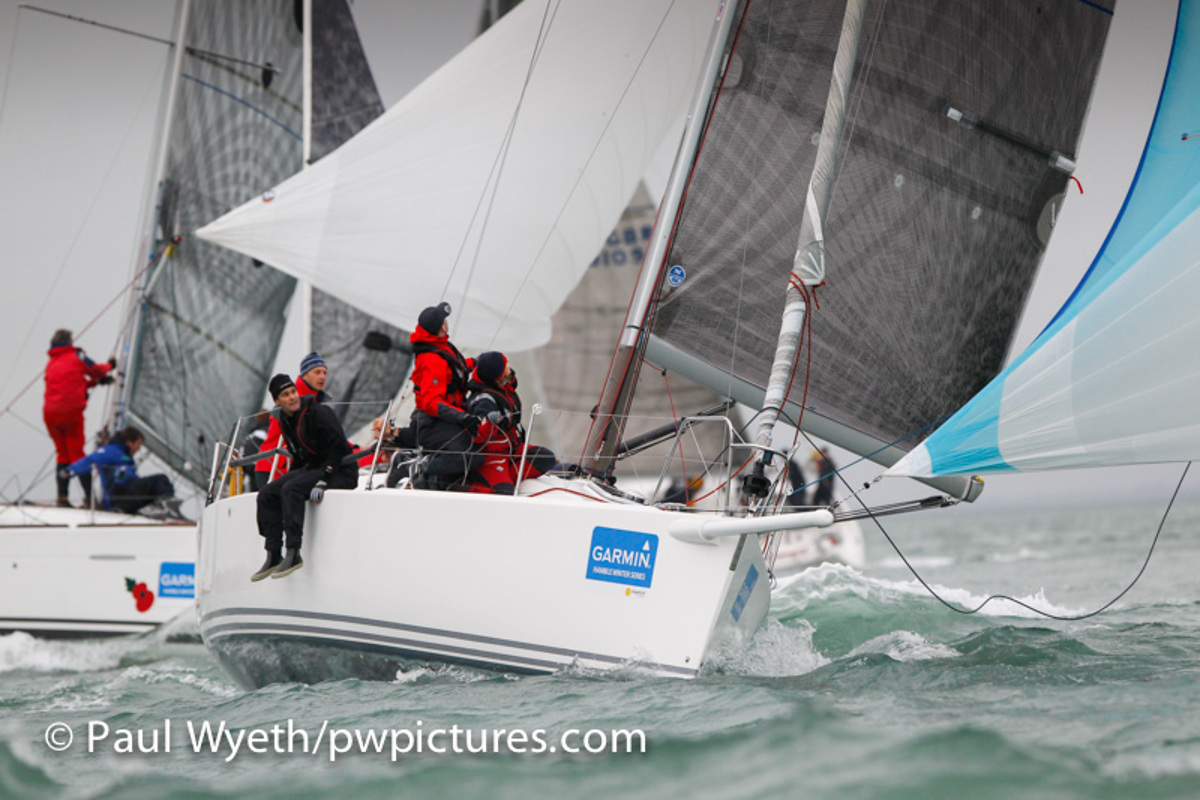 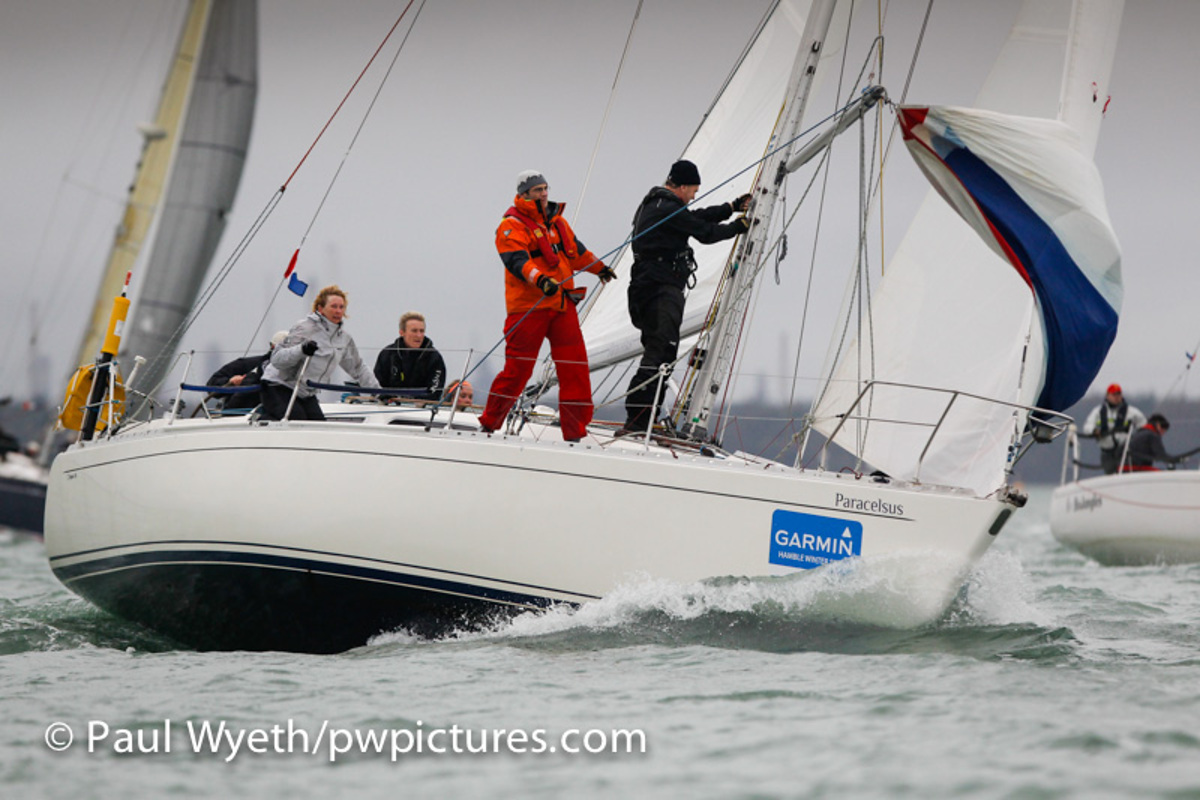 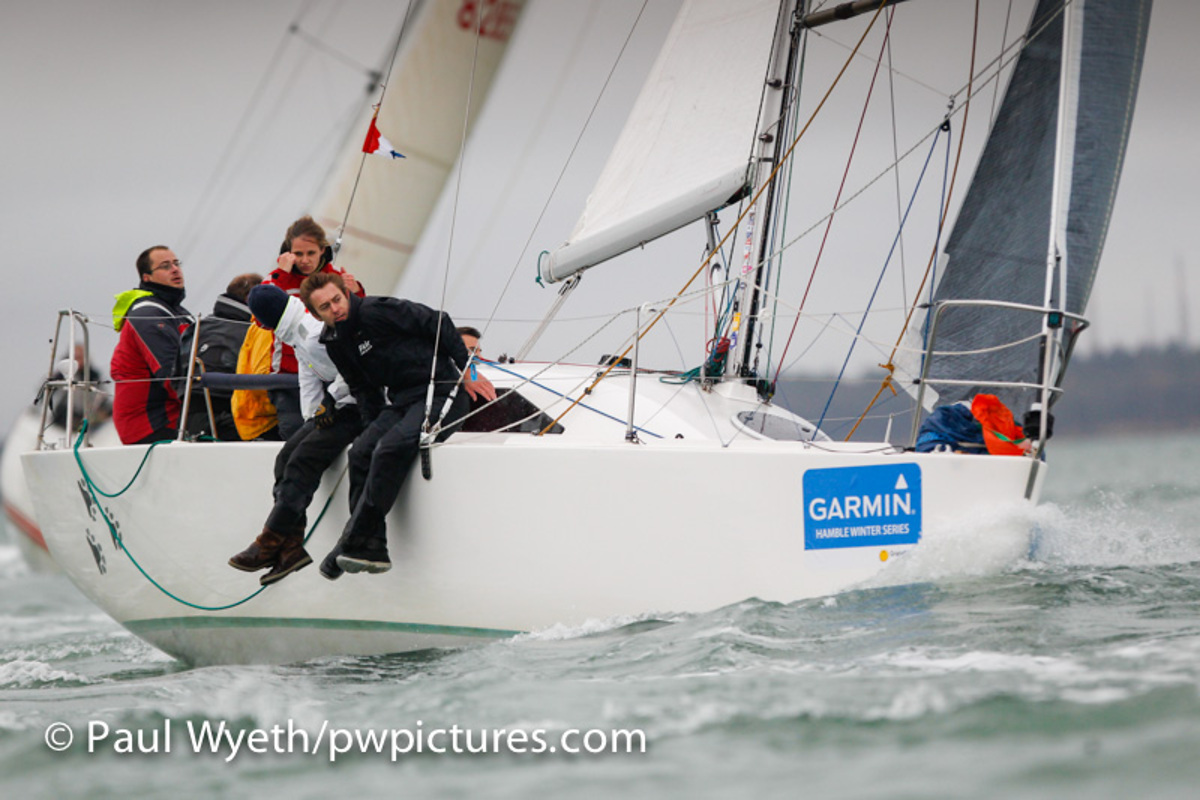 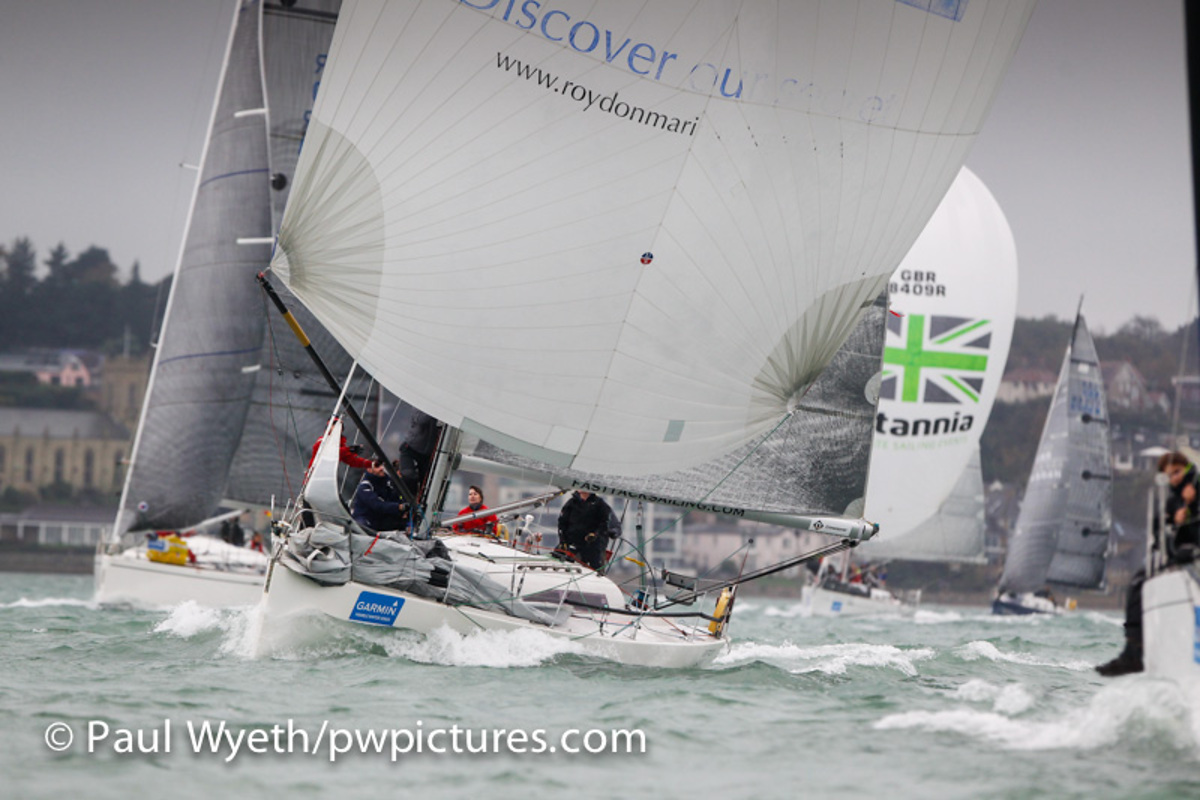 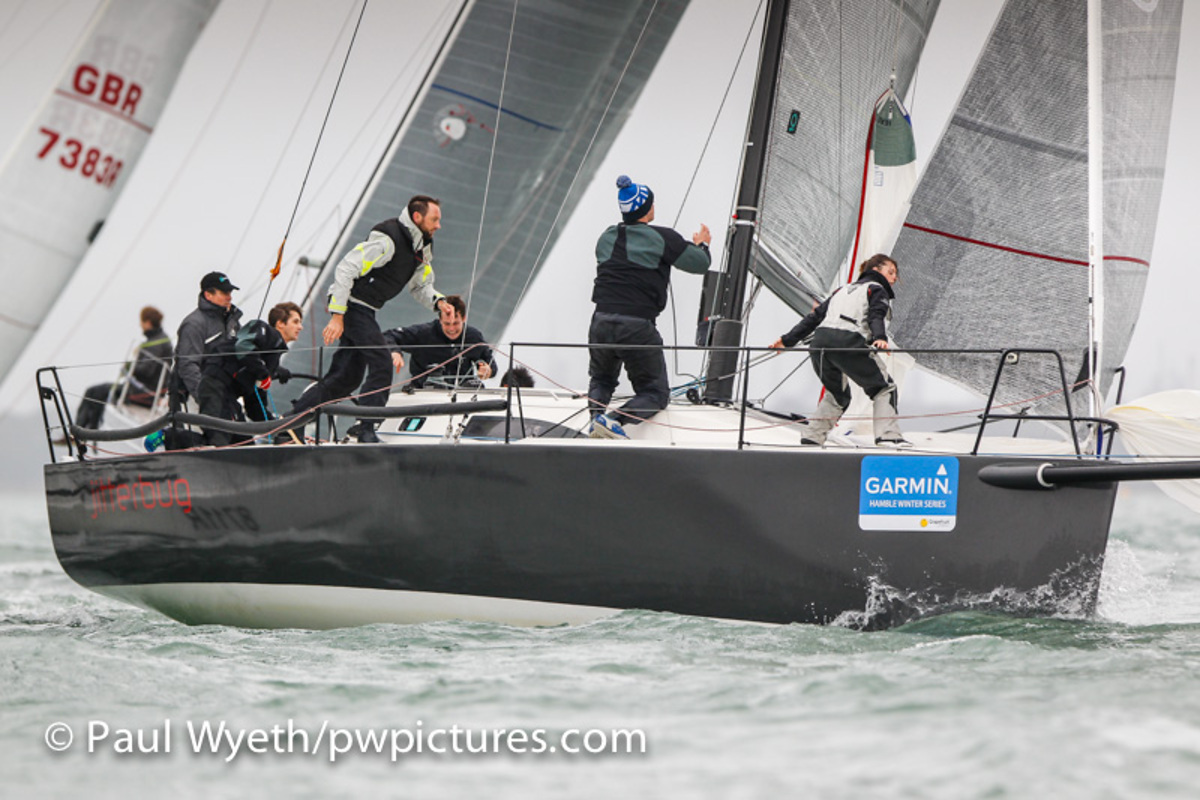 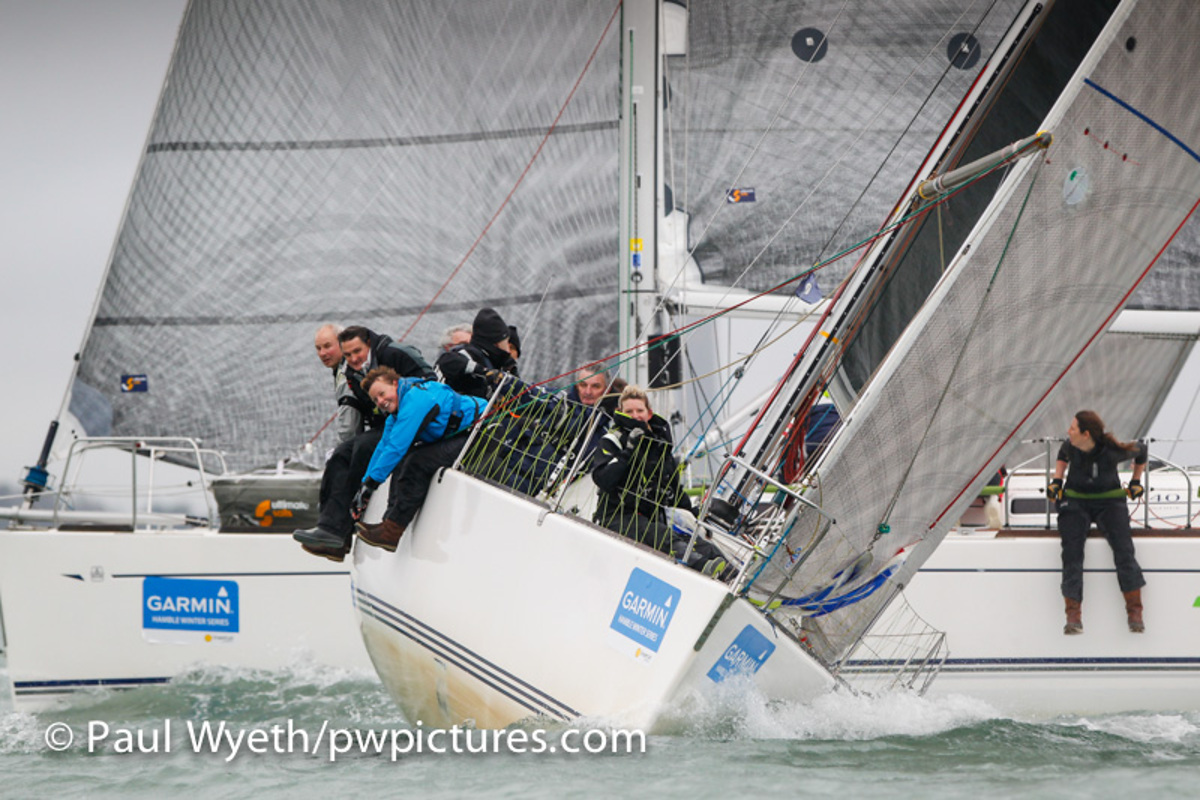 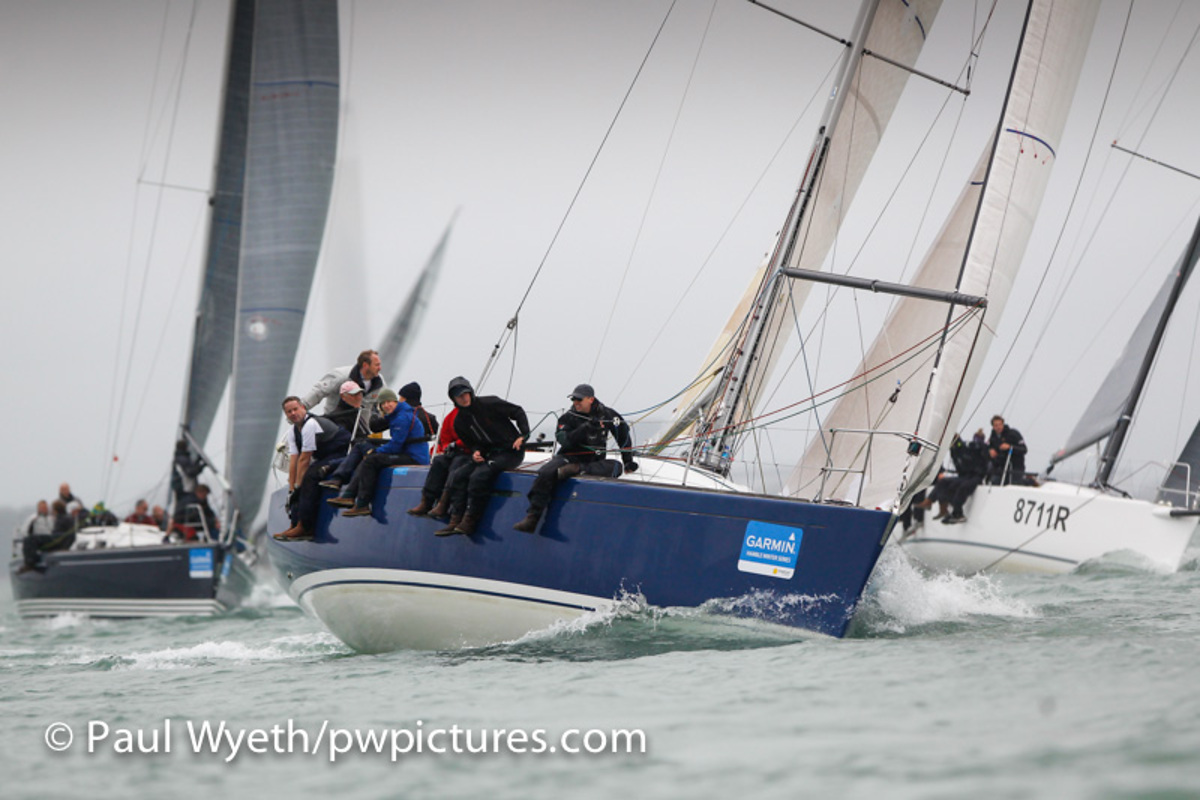