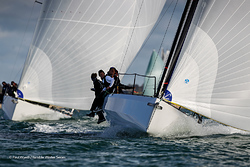 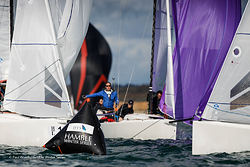 The second week of the HYS Hamble Winter Series started with, as PRO Peter Bateson so aptly put it, "Race 1 really!" With last Sunday's cancellation and high winds all but forgotten, Peter chose to start near 4N, QXI, as it was directly down wind of the first mark, 4J, hamblewinterseries.com. With 10-12 knots from NNW to N and sunshine, it was, Peter declared "A delight to be out there!"

The yachts in IRC Class 1 were somewhat shy of the line at the start as they set off on their 13.5 mile course, whilst IRC 2, though a little keener, also got off to a clean start with 11.5 miles to their finish. It was left to IRC 3, or at least one of them, to blot the copy book. Ian Handley's Gr8 Banter, was a bit too keen and ended up OCS. She did however return and recover to 5th place by the end of the 10.5 miles.

The breeze is always shifty in the Solent when there is some north in it, so, as Ian Atkins in the Melges IC37, Icy, put it "It was a testing 2 hours and 13 minutes" before Icy, the scratch boat finished. She was only 13 seconds ahead on the water of the very slippery looking Mills Cape 31, Tokoloshe 3, of David Bartholomew. When all numbers had been crunched, Tokoloshe 3 had beaten Xanaboo, J/112e, Bruce Huber, by 2 minutes and 2 seconds. Sailplane, the well sailed Matt 12, of Rob Bottomley was just over a minute further back, and Icy had to make do with 4th place must do better, especially if she is to defend the Hamble Star Trophy for the HambleBig Boat Championship next weekend. 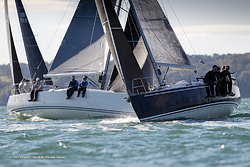 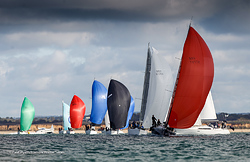 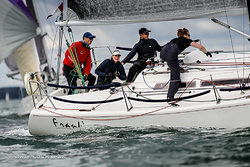 IRC 2 is shaping up to be the battle of the J Boats again this year. Jago, J/109, Mike and Susie Yates, started mid line in an open space and playing the shifts up the first beat, popped out ahead at the weather mark. They were followed less than a minute later by their nemesis, Jiraffe, J/109, Simon Perry. Jiraffe was quicker downwind and pulled ahead with Tigris, J/88, Gavin Howe right behind. The dual of the two J/109's continued right up to the last beat where Jiraffe won by" a long neck" or 33 seconds, from Jago. Tigris came in third having stormed through the J70 fleet to finish. Winter Series regulars, Robbie and Lis Robinson, in Hot Rats, did not live up to their name and came in a disappointing ninth.

Peter Cyriax, in his 1956 S&S 43, Firebrand, led the way home in IRC 3, but only 5 seconds corrected from Quokka 9, the Half Tonner of Peter Rutter and James Crew. With Alacrity, Sigma 38, Chris & Venessa Choules, although ahead of Quokka on the water could not save their time and ended up in third place. Frank 3, SJ 320, Sam & Olly Love, were the fourth boat home in the top group that were covered by just over one minute. 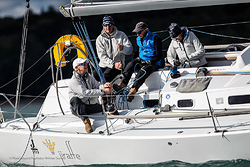 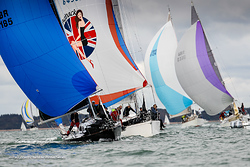 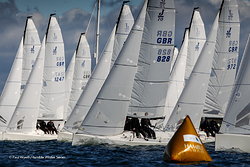 This weekend saw the first of two, to decide the Hamble One Design Championships of 2020. A twenty strong fleet of J/70's completed six races over the two days. They included their usual sprinkling of World and National champions. World Champion Paul Wards, Eat, Sleep, J, Repeat did just that and leads the event by 5 points. For a detailed report on the J/70's Louay Habib's article can be found here: https://www.yachtsandyachting.com/news/232307/J-70s-at-the-HRSC-One-Design-Championships

In the SB20's, Breaking Bod, Charles Whelan, cleaned up his act after coming last in the first race, to go 4-1-1-1-2 and win the weekend. Race one became his discard. Tom Neilson in GBR3086 was second with 12 points and Carnage, Matt Williams a point behind in third. Peter J Noe, 6a Vision Homes, who was lying in third place overnight, had a bit of a nightmare on day two and slipped down the rankings.

The Bugle Pub supplied the day prizes and for those unable to book into the limited space in HRSC, they will be distributed. 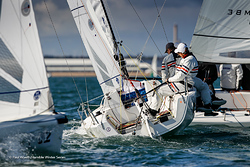 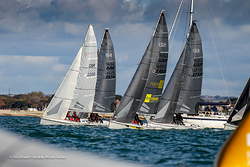 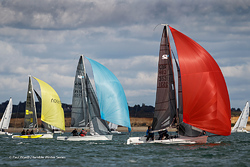